Boys are Not for Sale 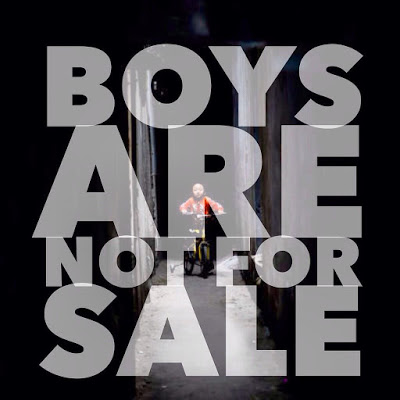 Historically, women have been identified as the overwhelming majority of victims of human trafficking but recent studies have shown male victims of trafficking have been severely overlooked. In a 2008 study by the John Jay College of Criminal Justice, of those who were sexually exploited in New York, fifty percent of victims were found to be boys from the United States, being trafficked domestically. Until now anti-trafficking organizations have been focused on female victims but that tide is now starting to turn. A 2013 study by the organization ECPAT discovered males are more likely to be arrested for shoplifting or other petty crimes even though they are being trafficked sexually.

Rates of suicide among male victims of childhood sexual abuse are 14 times higher than the norm, and they are 38 times more likely to die from a drug overdose. Male victims are also prone to more aggressive behavior than female victims. A male victim is 53% more likely to be arrested as a juvenile compared to others and 38% more likely to be arrested for violent crime as an adult. Victims face a lifetime battle with depression, anger, addiction and possibly suicide, and the cost to society is the loss of a productive individual who could have changed the world if it were not for their victimization.

Also included in the John Jay study was the fact that forty percent of male victims were forced to service female clients. The lens through which we currently view human trafficking has to change and we need to acknowledge that this scourge defies gender, race, and socioeconomic status. Instead of viewing victims of trafficking as either a male or female problem, we have to now examine the expanse of its scope and treat it as a human problem.