HOW WE ARE RECOGNIZING UNIVERSITIES AND ITS STUDENTS

The goals of Trafficking in America Task Force as a recognized student organization are as follows:

– Educate both the student population of universities and the surrounding community on the proliferation and magnitude of human trafficking on social media, online gaming, the Internet and in the real world. This will be achieved using a “victimcentric” approach created by Jerome Elam, CEO of Trafficking in America Task Force, a survivor of child sex trafficking.

– Create a “call to action” campaign that publishes online and printed resources and that gives students and the local community ways to both recognize and become more involved in fighting human trafficking.

– Aid local, state and congressional lawmakers in creating legislation that aid in the recovery and healing for victims of human trafficking.  In addition, help create and implement harsher penalties for human traffickers.

– Organize campus events including fundraisers to achieve the goals mentioned above. 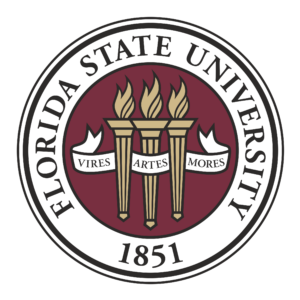 Marissa is second-year law student at the Florida State University College of Law working towards her Juris Doctorate degree. She is a Gainesville native and attended the University of Florida for her undergraduate studies earning a Bachelor of Arts degree with a major in Criminology and Law. She has clerked in several law offices including those with a focus on adoption/guardianship law, personal injury law, and criminal law. Her interest in Human Trafficking Law stems from her experience in those clerkships which focus on the rights of individuals and advocating for the people.

At the Florida State College of Law, she currently serves as an Article and Notes Editor for the Journal of Transnational Law and Policy as well as the Writing and Research Editor of the Business Review. She is also the founding and current serving President of the Trafficking in America Task Force Chapter of the Florida State College of Law. She also serves as the Vice President of the Aviation and Space Law society as well as the Real Property, Probate, and Trust Law Society. She is also a member of the Student Bar Association, Intellectual Property Law Society, Women’s Law Symposium, and Entertainment, Arts, and Sports Law Society.

She is thrilled to be pursuing a career in Human Trafficking Law. 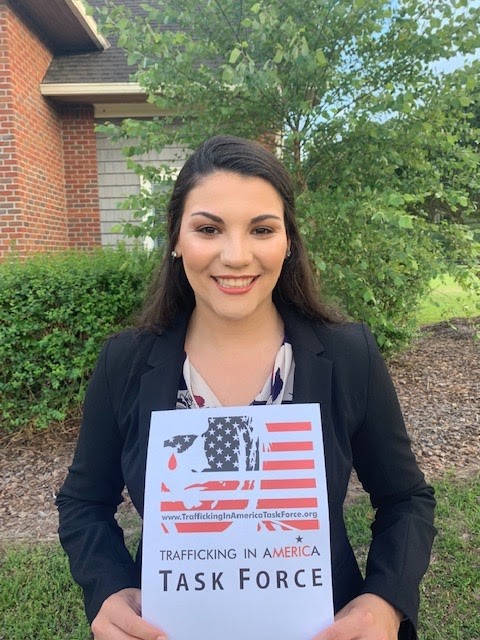 See Marissa advocating for Human Trafficking Education in the Florida Senate. Forward to 21:11 to see her talk about this important topic. Here is her speech: https://thefloridachannel.org/videos/11-12-19-senate-committee-on-education/ 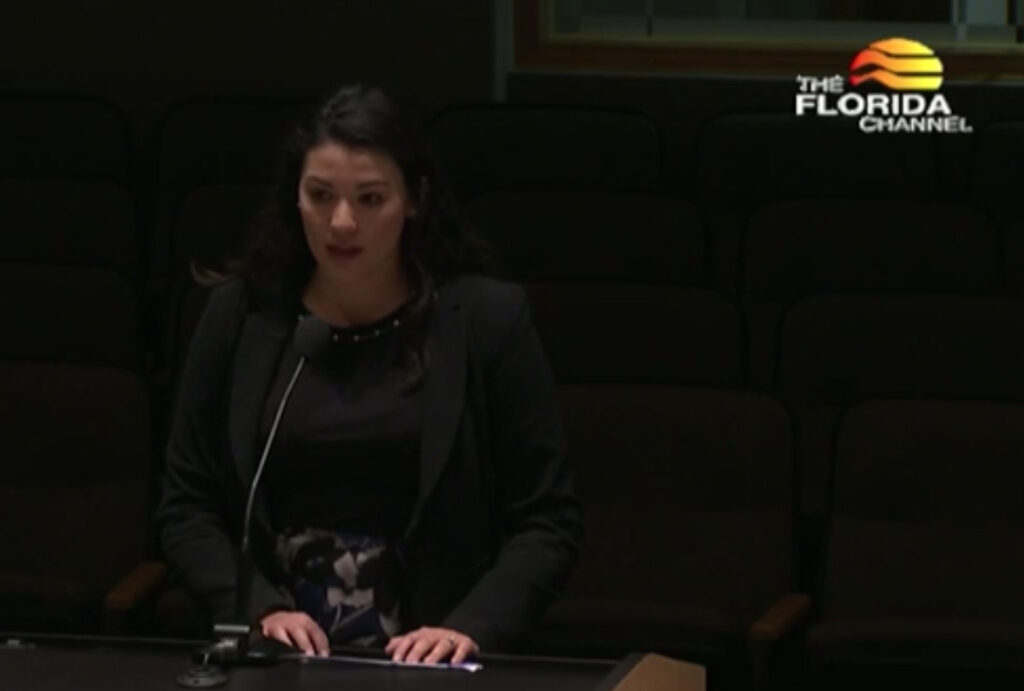 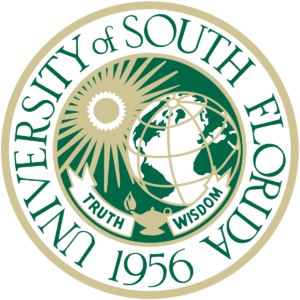 Gennell Ward – Chapter President
Gennell Ward is an Integrated Advertising and Public Relations major with an interest in international problems and conflicts. Gennell says, “My involvement with the Taskforce is one way I am trying to help this global issue on a smaller scale. I am most interested in fundraising and educating the students of USF and those in the community about human trafficking.” 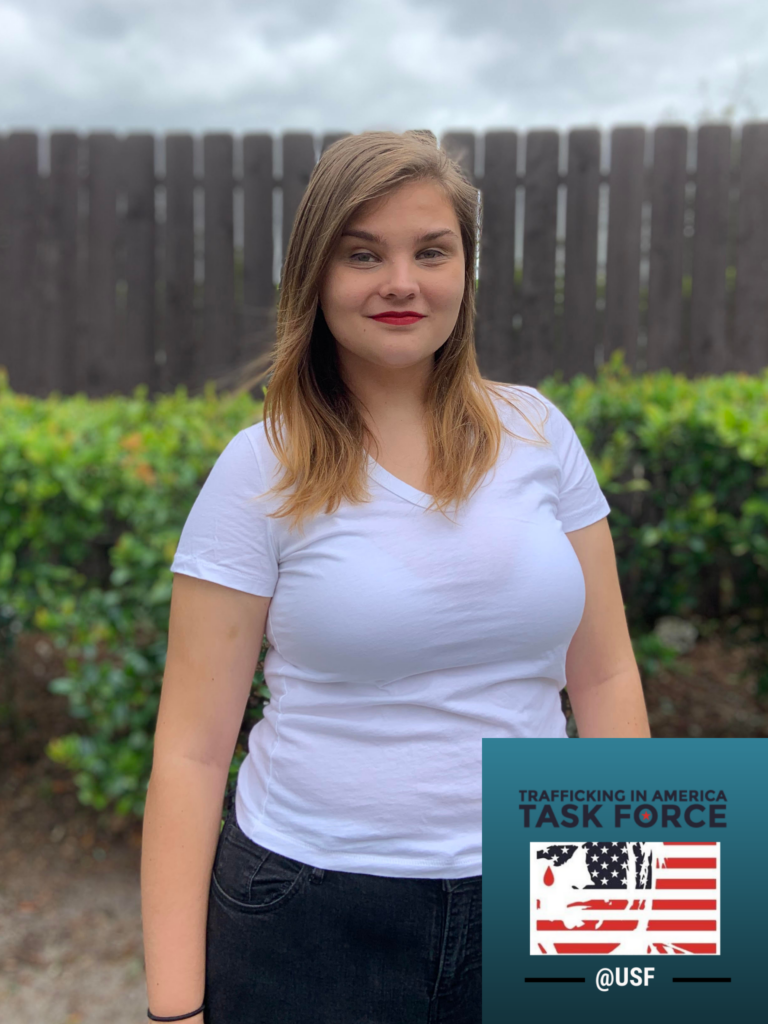 Ariana Fernandez – Chapter Vice President
Ariana a senior at the University of South Florida. majoring in International Studies and History with a pre-law track. She is the Vice President for Trafficking in America Task Force. Ariana says, “I feel fortunate and grateful to be able to be a part of an amazing organization that priorities the wellbeing of every individual and holds a safe space filled with compassion, nonjudgement, and patience, while working towards the goal of ending trafficking in the United States.” 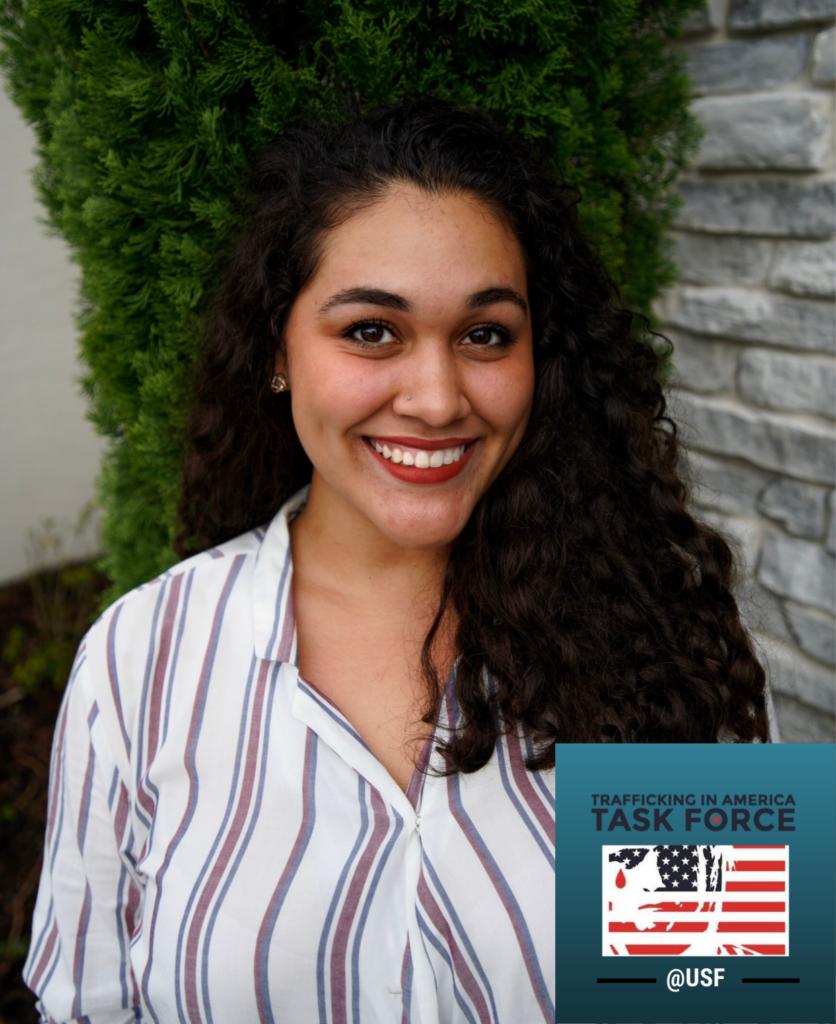 Claire Hendrix
Claire is a senior at the University of South Florida studying Integrated Public Relations and Advertising, along with Women’s & Gender Studies. Claire hopes to work for various non-profits after graduation, such as The Gentle Barn and True Colors United. Claire is also a member of Her Campus, where she works as a member of their PR team and is a writer for their website. With the skills she has gained from pursuing both of her degrees, Claire hopes to bring a sense of community and warmth to the Task Force and hopes to learn more about how to prevent human trafficking in her own community. 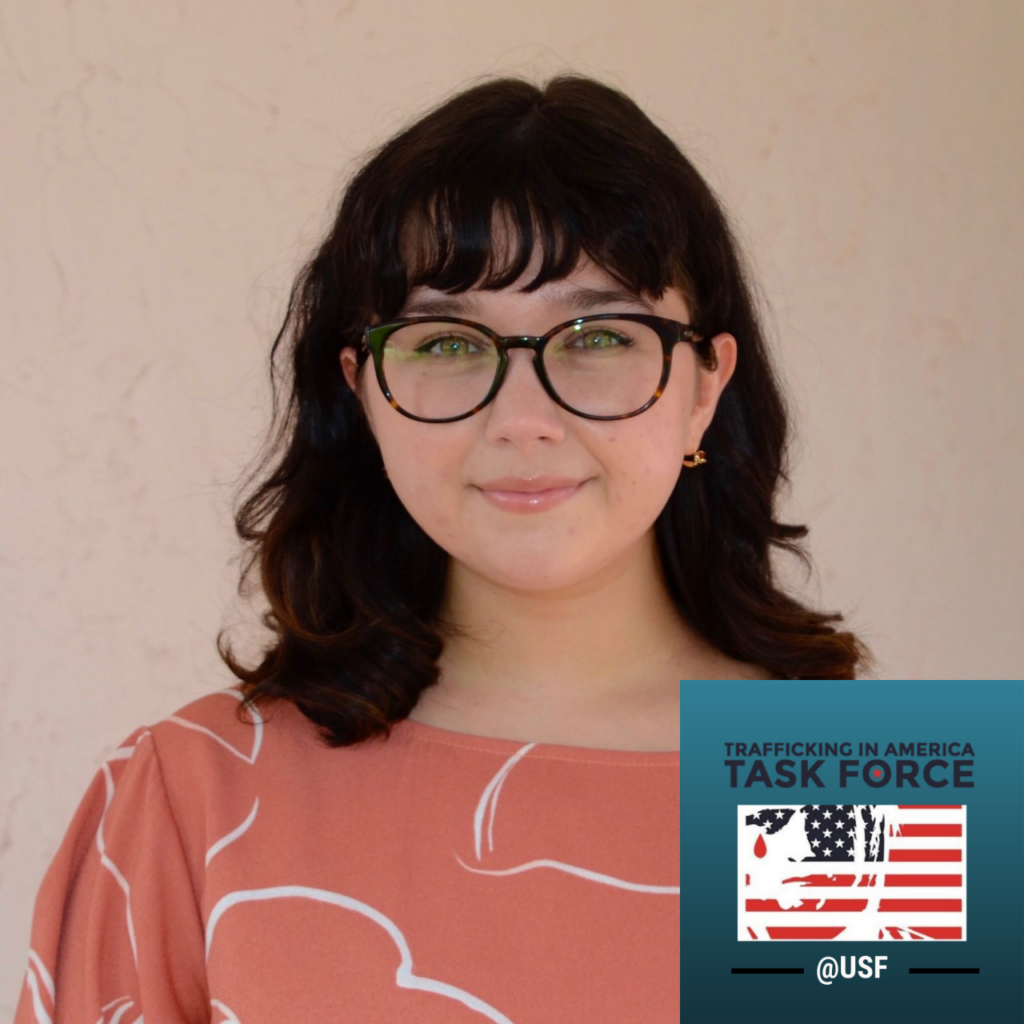 Marissa Franz
Marissa is a second year health science major. She hopes to become a physician’s assistant specializing in either pediatric surgery or NICU. In her free-time she enjoys shooting, climbing, camping, and many other outdoor activities. 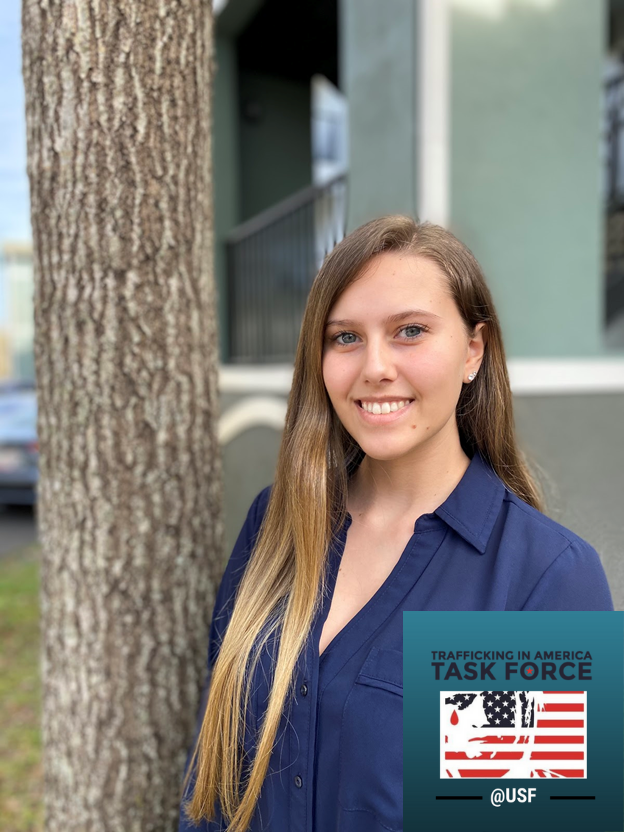 Vitoria Cunha De Oliveira
Vitoria says “I joined the task force with the hopes of learning from this amazing organization, gathering as many experiences as possible, and to help accomplish projects that will directly help survivors! As a member of this organization our goals are to educate the USF and Tampa Bay community on the topic, engage and fundraise projects for survivors, and hopefully brainstorm new ideas for eradicating Human Trafficking in our community!” 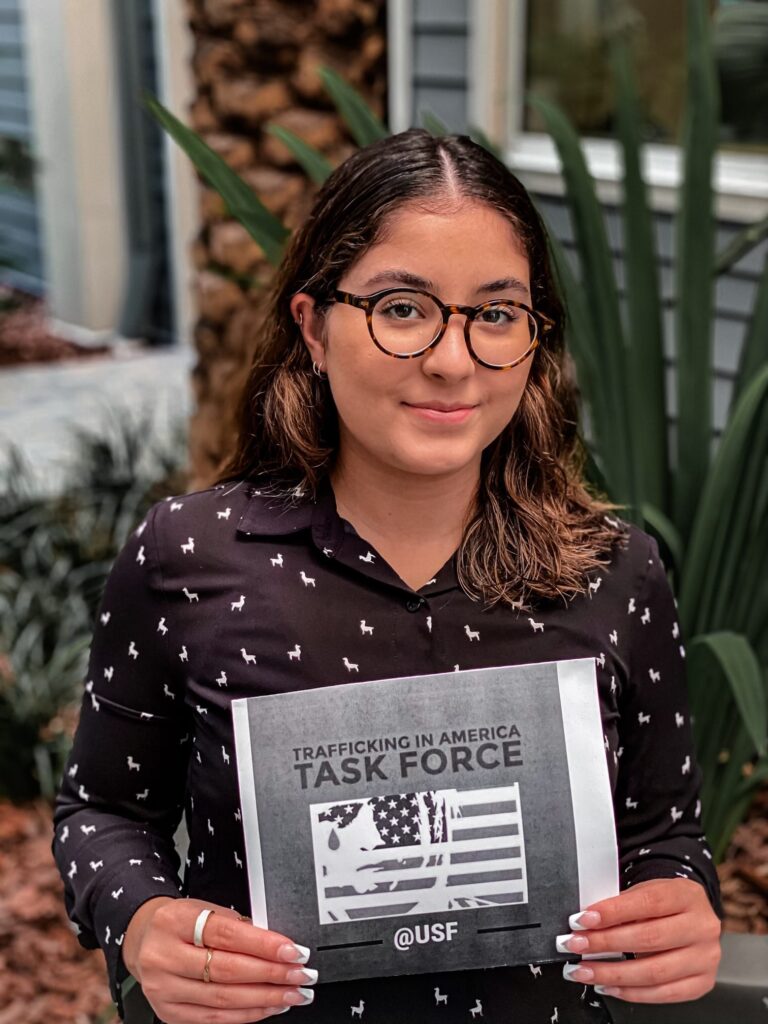