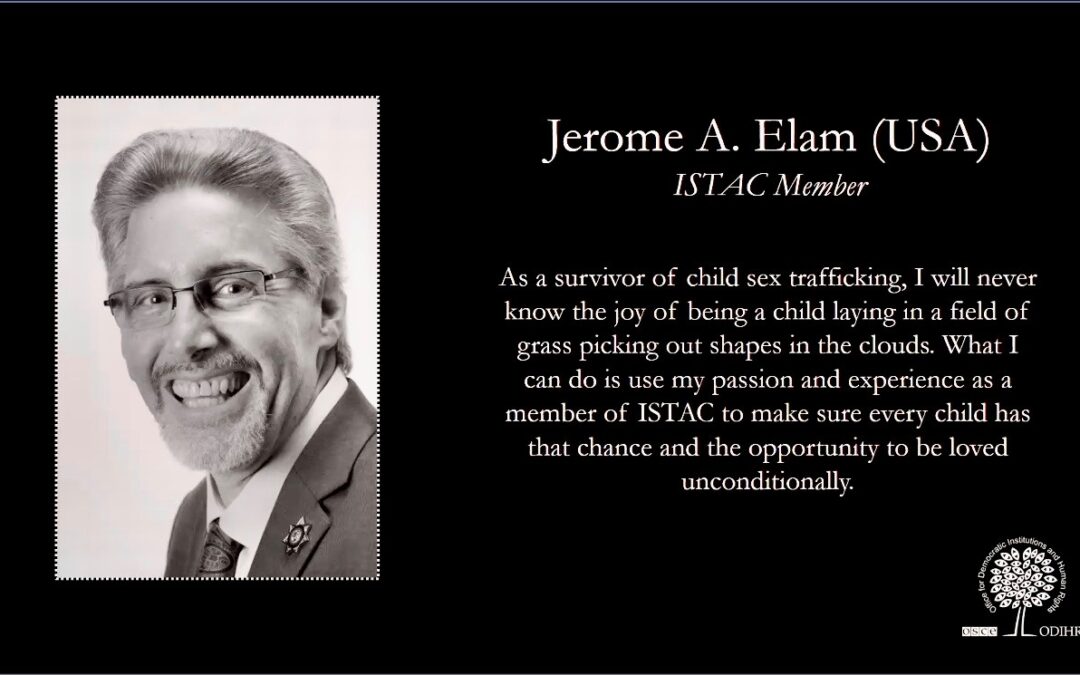 Jerome Elam, President and CEO of Trafficking in America Task Force, was appointed to the International Survivors of Trafficking Advisory Council (ISTAC) formed by the Organization for Security and Co-operation in Europe (OSCE) Office for Democratic Institutions and Human Rights (ODIHR).

The role of the ISTAC is to provide advice, guidance and recommendations to ODIHR, and through ODIHR to the OSCE participating States, on matters pertaining to combating trafficking in human beings.

It offers a forum for political negotiations and decision-making in the fields of early warning, conflict prevention, crisis management and post-conflict rehabilitation, and puts the political will of the participating States into practice through its unique network of field missions.