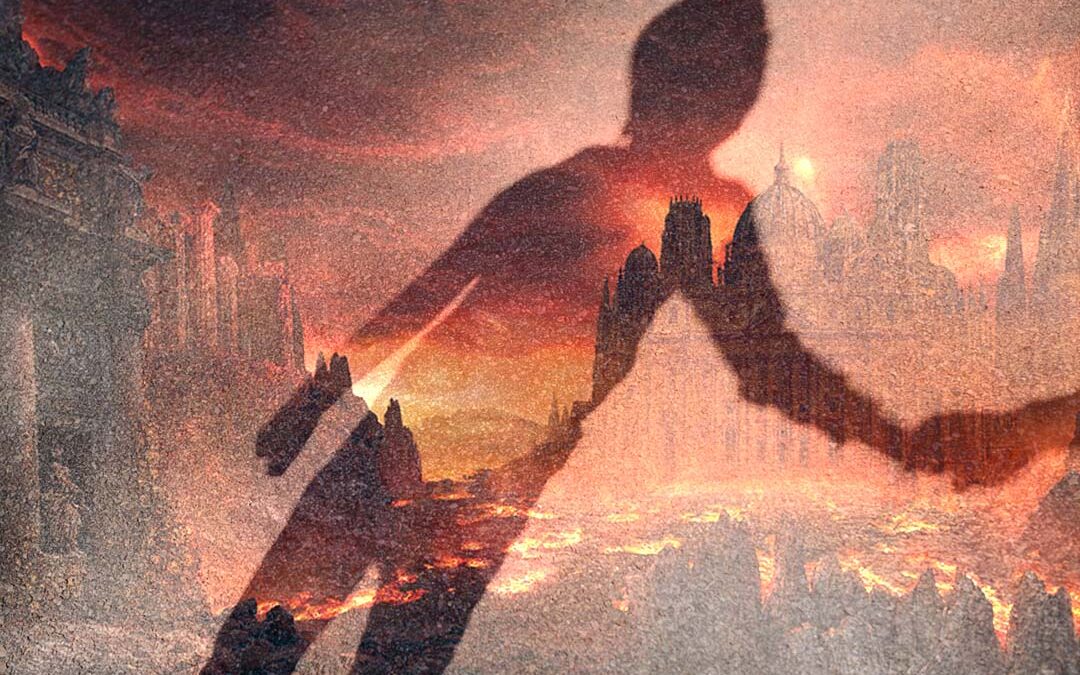 “The first time I was trafficked, I was given drugs and alcohol, handcuffed in a truck stop bathroom and molested by a procession of men and a woman,” says Jerome Elam.

At the time, Jerome was five years old — it was the beginning of an abusive ordeal which didn’t stop until he was 12.

Now 58, Jerome now shares his horrific experiences to train law enforcement and others about male victims of human trafficking.

We have been shining a light on historic sexual abuse and the support available to victims, regardless of how long ago it happened, through our It Still Matters series.

Jerome now tries to speak up for these often overlooked victims by talking about the years of trauma he suffered at the hands of a paedophile ring.

“I hate to say it, but I was requested and popular among the more high-end of the community. It was probably what saved my life — that I was in such demand,” Jerome says.

“That was probably what saved my life. I was making them so much money.”

Raped and beaten by gang of 10

Jerome says that many elements of his trafficking story are all too common — including his home life in Florida.

His mother was an alcoholic who was pregnant at the age of 17.

“One day she came home with a man we thought was the answer to our prayers,” Jerome says, referring to his stepfather, Neale.

“He was very nice — he took me to sporting events, bought us gifts. We thought he was going to turn our lives around.

“After about six months, he began to molest me.”

Jerome says Neale threatened his mother’s life as a way to keep him quiet about the abuse.

And it wasn’t long before Neale began to film himself abusing Jerome to make child sexual abuse material (CSAM).

Then around six months on from when the assaults began, Jerome was taken to the members of Neale’s paedophile ring — where he was handcuffed in the truck stop bathroom.

“My initiation was being raped and beaten by all ten members,” Jerome says.

“So at the age of five, which is actually pretty common and even younger these days, I began to be trafficked ten or 12 times a day.”

The facade of an ordinary life was maintained as Jerome was taken to different locations to be abused, sometimes even being taken out of school to be trafficked.

Sometimes he’d be forced to go to hotel rooms, but others could be as brazen as an RV parked outside a sporting event.

“They tend to shell out a lot of money to be able to get access to boys.” — Jerome Elam

Jerome says the people in Neale’s network were well-connected and had respectable jobs in law and medicine.

And it was the affluence of this group which Jerome thinks may have saved his life — he was “in demand” to be abused by wealthy paedophiles.

“They tend to shell out a lot of money to be able to get access to boys.”

One study of children in New York being used for commercial sexual exploitation found around half were boys born in the US.

And of the 4,946 children identified as potential victims of all types of trafficking in the UK last year, 78 per cent were boys.

But it’s not just men who prey on young boys.

“Typically, when you talk to a male victim of sex trafficking, 40 per cent of the clientele are women,” Jerome says.

“And I can vouch for that.”

‘Fight for every child’

“At 12, I just felt like it was all hopeless,” he says. “So I went to my mother’s medicine cabinet and I got a bottle of sleeping pills.

“Then I went to the liquor cabinet and got a bottle of vodka. I went to my mother’s favourite rose garden and I took the sleeping pills and drank the vodka.

“I drifted off to sleep.”

While unconscious, Jerome says he saw a light and heard a voice telling him his time on Earth wasn’t done, and that he needed to “fight for every child who is suffering as you have”.

“Thinking about it, I recognised it was my friend Steve,” Jerome says.

Jerome says Steve was a friend who had also been abused by the same paedophile ring.

But unlike Jerome, eight-year-old Steve didn’t survive his ordeal.

“One day, Steve unfortunately happened to make a crack about the paedophile ring leader getting his latest divorce. The guy flew off the hinge and started choking him.

“I tried to help Steve, but they just beat me almost unconscious. There was nothing I could do about it.”

Jerome says this killing was “covered up by the powerful people” involved in the ring.

‘Hope and light in all of us’

When Jerome came to in an emergency room, doctors battling to save his life thought they’d lost him mere minutes earlier.

He now attributes the end of his cycle of abuse to someone he luckily met that day.

“There was a nurse there who was arguing with the doctors to get me help,” Jerome says. “This is the mid-70s — there wasn’t a lot of awareness.

“This nurse dug her heels in and said: ‘No, we’re going to help this boy’. She was the one who saved me.

“It was that day that finally there was enough awareness that they noticed something was happening to me, and I was able to come to the attention of social services and get out of being trafficked.”

“I was what you’d call a chaos junkie.” — Jerome Elam

Neale was eventually arrested for child endangerment in the late 1970s, with Jerome adding: “Eventually, it all caught up with them.”

After spending years in care, Jerome marked a new chapter in his life by joining the United States Marine Corps when he was 17, where he served for eight years.

He then pursued a career in biotechnology — but the aftershocks of what happened in Jerome’s childhood continued to be felt in his adult years.

“When you look at victims of trauma in terms of relationships, it can be very difficult,” Jerome says.

“I was what you’d call a chaos junkie which means I would always choose relationships that were going to crash and burn.

“I went through this cycle of dating people who were the wrong people for me. At a point, I was like: ‘This has got to stop.'”

Jerome went into therapy to help deal with his trauma.

He’s now been married to his wife for 20 years and they have two kids.

But while Jerome was able to resolve his inner demons, he decided in 2011 that he had to speak out about boys who are trafficked

“In 2011, when [US college football coach] Jerry Sandusky was arrested for molesting young boys, something inside me said: ‘You’ve got to speak out.’

His campaigning work began by publishing his story in the American press, but he’s since gone on to become CEO of the Trafficking In America Task Force, an organisation through which Jerome raises awareness about boys who are trafficked.

And he hopes that by sharing his story, other male survivors won’t be afraid to speak out about their own experiences.

“It’s about shattering that male stereotype imposed by Western society that really says that men aren’t supposed to emote or be vulnerable,” Jerome says.

“I did a conference in Africa earlier this year. I had a 35-year-old man there tell me for the first time he’d been molested as a 10-year-old.

“That’s exactly why I do this work. It’s about giving men permission to break that silence.

“I stand here today not only as a survivor, but as a testament that there’s a hope and a light in all of us that no one can extinguish.”