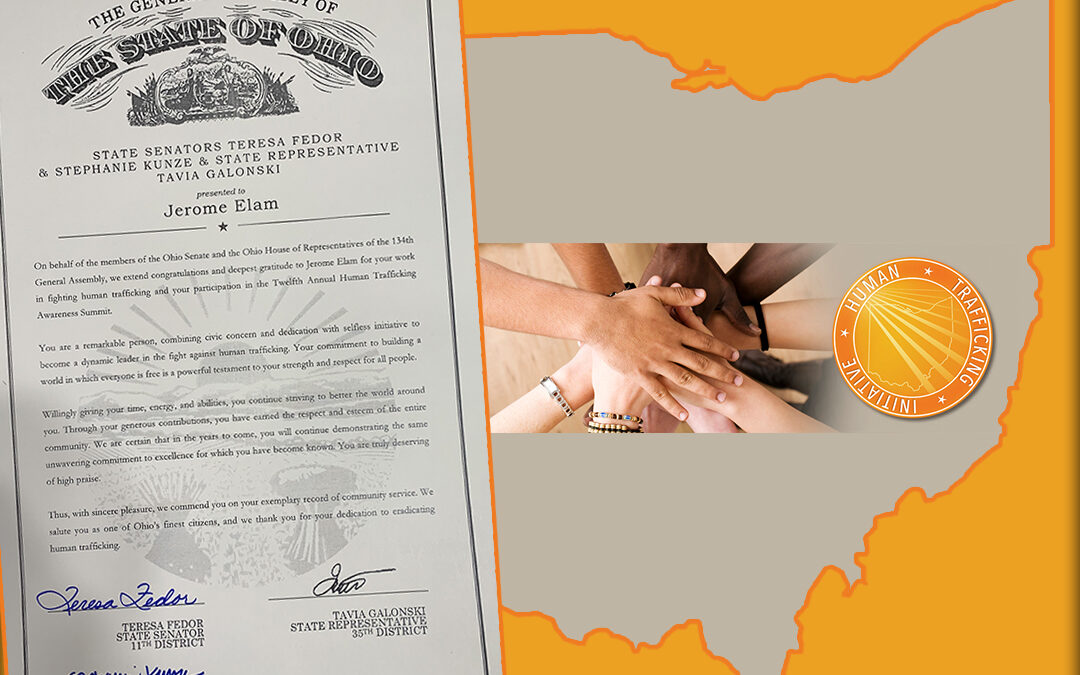 Jerome Elam, President and CEO of Trafficking in America Task Force, was honored with a senatorial citation in the state of Ohio for his work at the 12th Annual Human Trafficking Awareness Summit.

“I am incredibly honored to receive a senatorial citation from the Ohio Senate & Ohio House of Representatives of the 134th General Assembly for my work in fighting human trafficking!” Elam stated. “Thank you, Senator Teresa Fedor (D-Toledo), Representative Tavia Galonski (D-Akron), and Senator Stephanie Kunze (R-Columbus) for your tireless work to end the scourge of human trafficking and make sure that not one more child suffers as I have!” Elam concluded.